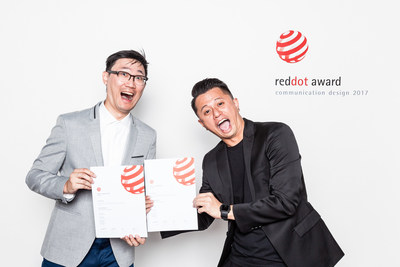 The Red Dot: Communication Design award recognizes outstanding design quality and aesthetics, and their implementation within the chosen medium. Winners are also judged in terms of functionality and originality. Agencies, designers and companies from 50 countries entered their works in the competition, submitting more than 8,000 projects across 18 categories. In the end, the prestigious Red Dot seal was awarded to more than 700 works. All projects were assessed individually by a jury of independent experts from around the world.

"When we redesigned Security Master, we wanted to build an app that offers not just the best antivirus and privacy protection available, but also a sleeker, more intuitive look and feel, and this award is an independent confirmation of those efforts," said Jill Shih, Vice President of Product & User Experience at Cheetah Mobile. "Going forward, Cheetah Mobile will continue to listen to user feedback and provide effective, easy-to-use apps that combine high-quality design with industry-leading features and technology."

Security Master, which first launched as CM Security three years ago, has amassed more than 500 million users globally. The app is available as a free download from Google Play.

Leveraging the success of its utility applications, Cheetah Mobile has launched its line of mobile content-driven applications, which include Live.me, News Republic, and popular casual games, such as Piano Tiles 2, Rolling Sky, and Dancing Line. The Company is also an investor in OrionStar, an artificial intelligence company dedicated to developing the next generation of ground-breaking technology products and freeing people from the burden of overly complicated tasks.

Cheetah Mobile provides its advertising customers, which include direct advertisers and mobile advertising networks through which advertisers place their advertisements, with direct access to highly targeted mobile users and global promotional channels, which are capable of delivering targeted content to hundreds of millions of users. For more information about Cheetah Mobile and its products, please visit www.cmcm.com.