Kochava has accused Cheetah Mobile's apps of engaging in a fraudulent advertising practice known as "click injection." Kochava has based this assertion on a series of tests carried out in a simulated smartphone environment, the results of which were shared with Cheetah Mobile and the media in a series of videos. However, upon analyzing the videos and other evidence, the Company discovered that Kochava's testing methods contained fundamental mistakes, leading to a number of false or misleading conclusions, including:

On November 27, BuzzFeed News published the following statement, attributed to Grant Simmons, the head of client analytics for Kochava:

"The explanation provided by Cheetah refers to SDKs meant for ad delivery in-app. The fraud detailed in our research and the related article does not look at in-app ad delivery from the apps in question, but instead the syndication of fraudulent signals taking place on the device when the apps are present," he said in an email. 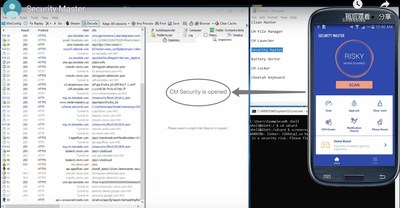 The following statement appears in the same BuzzFeed article mentioned above:

The SDK involved in the suspect activity is actually owned and developed by Cheetah, not by third parties, according to Kochava.

Kochava's videos show that once a new app is installed, advertising SDKs on Cheetah Mobile apps, such as Batmobi, Duapps and Altmob, report the download data to Kochava, which then determines attribution based on this data. 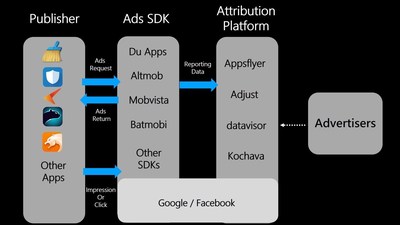 Kochava is an app attribution company, whose business model is based on determining installation attribution from third-party SDKs. Therefore, they fully understand that attribution is unrelated to the app itself. In their videos, they are misleading the media to believe that Cheetah Mobile is engaged in fraudulent practices.

The article states that:

The other app is owned by Kika Tech, a Chinese company now headquartered in Silicon Valley that received a significant investment from Cheetah in 2016.

This statement is misleading. Kika Tech is just one of more than 80 companies that the Company has invested in. Cheetah Mobile owns less than a five percent stake in Kika Tech and has no seats on the board. Furthermore, the Company has zero operational control over Kika Tech.

4. Kochava has severely damaged the reputation of a public company with its unfounded claims. The Company reserves the right to take legal action against Kochava.

In the same article, Grant Simmons, head of client analytics for Kochava, is quoted as saying:

The Company finds this comment extremely hostile and outrageous.

Cheetah Mobile is a leading global app developer with numerous global partnerships. In the third quarter 2018, 70.31% of the Company's overseas utility revenue came from Google and Facebook's ad SDKs, while 26.06% came from other mainstream global ad platform SDKs. These SDKs are used on mainstream apps throughout the world.

Cheetah Mobile's success is based on long-term steady development and providing users with a better user experience. The Company is dedicated to building a healthy development model. The Company is also committed to complying with all relevant Google policies, GDPR, laws and regulations.

Gaia Guan, CEO of Moca Technology, a global mobile advertising platform focused on India and developing markets, said, "Cheetah Mobile is a pioneering Chinese mobile app company overseas. They are constantly focused on improving the product experience and ad experience for users, while strictly adhering to industry regulations and standards. In our many years working with Cheetah Mobile, they have always put the user and advertisers first, while treating their partnerships fairly and transparently."

5. After investigating our third-party SDKs, the Company has removed Batmobi and Duapps from its apps

Cheetah Mobile has cooperated with the third-party security firm Threat Hunter to investigate the situation, particularly regarding the advertising SDKs featured in the videos that could potentially possess attribution risks, namely Batmobi and Duapps. To be cautious, the Company has proactively removed them in our updated apps. We continue to investigate, and will suspend cooperation with any SDK providers that are found to be engaging in fraudulent activities.

Cheetah Mobile rejects Kochava's accusations as baseless. The Company will continue to place even more value on advertisers' rights and making sure the industry develops in a healthy way. As one of the top publishers in the world, Cheetah Mobile pledges to redouble its efforts towards monitoring and detecting potential issues within third-party ad SDKs and its own products in order to ensure maximum benefits for advertisers and users alike.

Cheetah Mobile is a leading mobile Internet company with global market coverage. It has attracted hundreds of millions of monthly active users through its mobile utility products such as Clean Master and Cheetah Keyboard, casual games such as Piano Tiles 2, Bricks n Balls, and live streaming product LiveMe. The Company provides its advertising customers, which include direct advertisers and mobile advertising networks through which advertisers place their advertisements, with direct access to highly targeted mobile users and global promotional channels. The Company also provides value-added services to its mobile application users through the sale of in-app virtual items on selected mobile products and games. Cheetah Mobile is committed to leveraging its cutting-edge artificial intelligence technologies to power its products and make the world smarter. It has been listed on the New York Stock Exchange since May 2014.